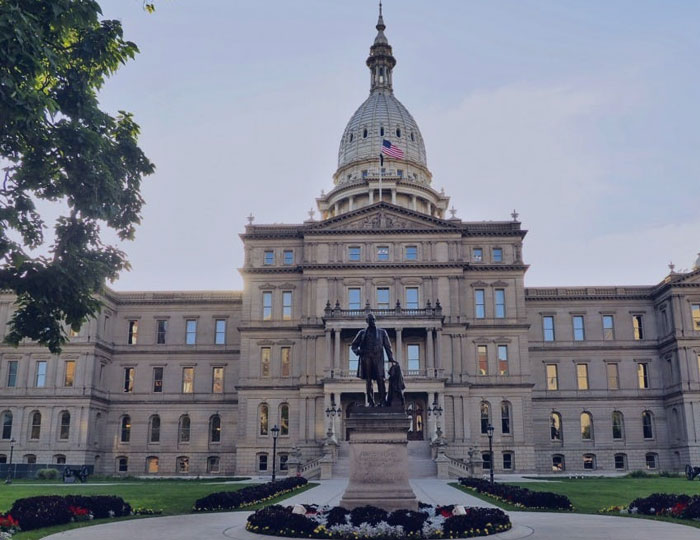 One major concern was a lack of consistency and transparency with complaint investigations.

Thirty-three pages were filled with feedback on the policies, procedures, and workplace culture of the Lansing Fire Department.

Also in it? Concerns for a different city department: Human Resources.

“I read through some of it over the weekend. We asked for a policy review, and we were given some of these things. We’ll certainly take a look,” said Lansing Mayor Andy Schor.

The review focused on how the HR department dealt with complaints coming from employees with Lansing Fire. One major concern was a lack of consistency and transparency with complaint investigations.

But Mayor Schor went to bat for the department saying they know what they’re doing.

“We’re doing racial sensitivity training. We’re doing appropriate reviews. Sometimes its a, ‘he said, she said’ and you have to have evidence. You can’t just take action without evidence and we certainly listen to every complaint. They have in-depth investigations,” Schor said.

Another concern was the fire department’s worker shortage. The review says HR does not quickly and regularly communicate with prospective hires.

However, Schor says it’s hard to do that when the HR department has been dealing with a staffing shortage itself.

“We certainly are putting resources into HR. You have to hire the people that hire first and then you can get better work done and more work done,” Schor said.

While the report recommends reform within HR, Schor would only say he’ll look through the findings to figure out the best way forward.

“I have every confidence in our HR department. We just need more staff, more personnel. And we’ll certainly provide any training that’s needed,” Schor said.

The city’s HR director, Linda Sanchez-Gazella, sent a statement to 6 News saying the department reviewed the report and is hiring for critical positions to ensure they are heading in the right direction with new and updated policies and reforms.

She also claims they are working to develop bias and sensitivity training for all new hires and current employees in the future.