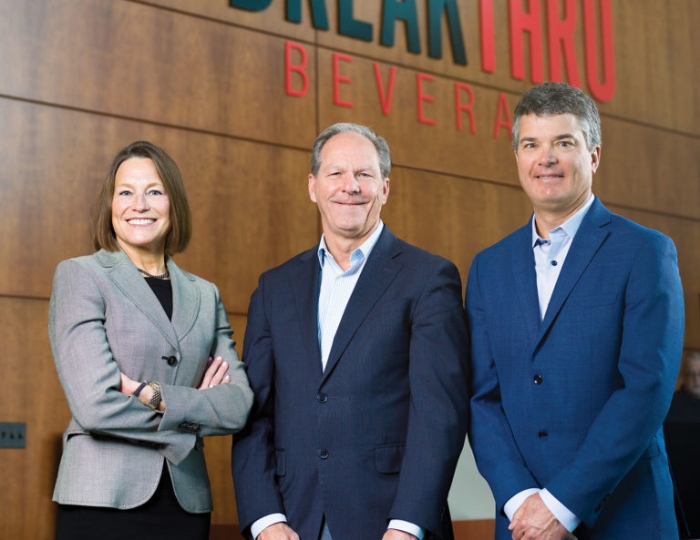 Breakthru Beverage Group, a leading North American beverage distributor with operations across the United States and Canada, today announced that Stephanie J. Soto has been appointed.

Breakthru Beverage Group, a leading North American beverage distributor with operations across the United States and Canada, today announced that Stephanie J. Soto has been appointed to the role of Executive Vice President, Chief Human Resources Officer. As a member of the company’s executive leadership team, Stephanie will be responsible for all aspects of Human Resources including the development of a diverse and multifunctional human capital strategy, end-to-end talent management, and labor and employee relations all enabling the on-going growth, productivity, and profitability of the company.

“Stephanie is a proven leader with an impressive track record of designing and executing talent management strategies that drive organizational excellence,” said Tom Bené, Breakthru Beverage Group President & Chief Executive Officer. “Our associates are our biggest asset and having a strong Human Resources leader is essential to our continued growth, both as professionals and as a company. Thanks to her predecessor Ann Giambusso, who has been a key member of the Breakthru leadership team since its founding, Stephanie will have a strong foundation to build upon and we are excited to see the impact she will have in this role.”

In addition to talent management, Soto will hold responsibility for the Solutions Team – Learning, Leadership and Sales efforts that foster a culture of employee growth and engagement as well as the company’s corporate responsibility initiatives which together are unique and defining for Breakthru Beverage. Equally important will be Soto’s efforts to meaningfully expand the company’s Diversity, Equity and Inclusion capability that ensures inclusion and equity across all areas of the business. Soto will report directly to CEO Tom Bene and assume her new role on August 1, 2022.

“I am excited to join a forward-thinking organization like Breakthru—a company rooted in putting its people first,” said Soto. “As a fourth-generation family-owned business, that people-first mentality resonates today more than ever. From their open company culture to diverse Associate Resource Groups, I look forward to stepping into the role and further building upon this incredible talent foundation.”

“I am thankful to leave Breakthru in Stephanie’s capable hands to take our HR function to new heights,” said Ann Giambusso, outgoing CHRO at Breakthru. “It has been an honor to be a part of the Breakthru family, and to work closely with the Merinoff and Wirtz families. I will miss being a part of this great organization, its incredible people, and the energy that comes from working in this industry.”