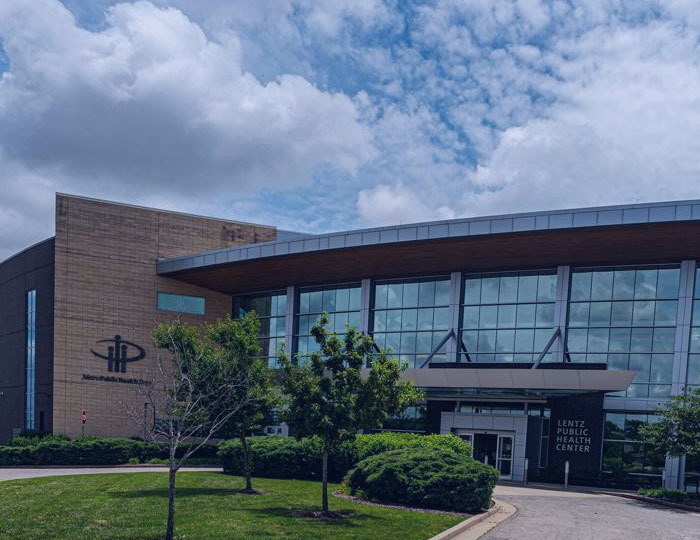 It could take Metro months to determine and furnish hundreds of emails as requested.

Metro Public Health Department human resources manager Les Bowron escalated eight months of conflict within the senior leadership of the department with two broad information requests in April and May.

Bowron’s requests set up a dragnet of information: “emails, text messages, and written material” from both work and personal accounts for 10 colleagues and three members of Metro’s Board of Health. It could take Metro months to determine and furnish hundreds of emails as requested. Those named — including Board of Health Vice Chair Calvin Smith III, a primary care doctor at Meharry Medical College — are unclear on Bowron’s motives.

“I was asked to submit my emails, and I’m happy to do so,” Smith tells the Scene. “If everyone concentrates on their roles and does their roles in a way that helps the citizens of Nashville, and not serve their own interests, then we will all be better served.”

Initially, Bowron directed the Scene to Matt Peters, who handles communications for the Metro Public Health Department, for comment. Peters declined to comment, considering Bowron’s requests a personal matter outside the scope of Bowron’s professional duties.

“You’re free to reach out to him,” Peters told the Scene. “We don’t really have any kind of comment on the matter. This doesn’t have to do with what the health department is doing.”

In a subsequent text message, Bowron offered the Scene no comment.

An initial request in April named 15 individuals including Metro health director Gill Wright, deputy director Melva Black and director of health equity Stephanie Kang. A follow-up request on May 24 narrowed Bowron’s search to communications between Kang, Black and three members of the Board of Health — board Chair Tene Hamilton Franklin, David Frederick and Smith. In both requests, Bowron asked for communications between Black, Kang and board members between Dec. 21, 2021, and April 15, 2022, including anything “destroyed or deleted” to and from both work and personal email accounts.

Bowron’s request is the latest development in an intradepartmental drama that’s played out since the fall. After a jury acquitted Kyle Rittenhouse — who fatally shot two people and wounded a third during 2020 protests over the police killing of Jacob Blake in Kenosha, Wis. — public information officer Brian Todd took issue with a department-wide memo drafted by Kang and approved by Wright calling the verdict an injustice. Rittenhouse remains a right-wing emblem of vigilantism and pro-police sentiments. The memo became a flashpoint about the departmental mission and the scope of public health, prompting debate as to whether white employees could handle explicit conversations about race — one of the leading social determinants of health.

Subsequent actions, reactions, complaints and statements embroiled much of the department’s senior leadership and board members through the winter and spring. Behind closed doors, Todd blew up at Kang when she referred to him as either a “white man in power” or a “white man in leadership,” according to sources. Todd claimed protection under the Civil Rights Act of 1964 and filed a complaint with Wright in late November. Todd was unavailable for comment for this story — colleagues mentioned that he is on leave from his position for a separate behavioral incident. The department declined to comment on specific personnel matters, referring to Todd as “out of the office.”

As HR manager, Bowron was positioned to adjudicate the growing conflict between Kang and Todd. Bowron issued a report on Dec. 21, criticizing Kang’s comment as “inappropriate, presumptuous, and rude” and Todd’s subsequent outrage as “unbecoming.” He dismissed Todd’s civil rights claim and recommended disciplinary steps for both, including coaching for Kang to “narrow rather than expand the divisions that exist in our Department and community.”

Kang raised concerns with the report in January — specifically, she claims, its omissions and reframing of key details. “The inadequate treatment of employee concerns is symptomatic of a greater systemic and pervasive issue,” Kang wrote to the board in February. Her letter, dated Feb. 9, chronicles instances of gender-based bullying, sexism and intimidation that were invalidated or dismissed by department HR.

Bowron’s records request appears to be his response, focusing on the time period from when he issued the Kang-Todd report through the board’s April 14 meeting. All of this comes a year after former Public Health Director Michael Caldwell’s very public resignation during some of the darkest days of COVID. An internal investigation substantiated allegations of bullying and gender-based discrimination by Caldwell.

As the department tasked with healing the city struggles to have a conversation about significant social determinants of health, Tene Hamilton Franklin hopes to chart a path forward. Franklin became the first Black woman to chair the board in September, and has explicitly included equity in the scope of the Metro Public Health Department.